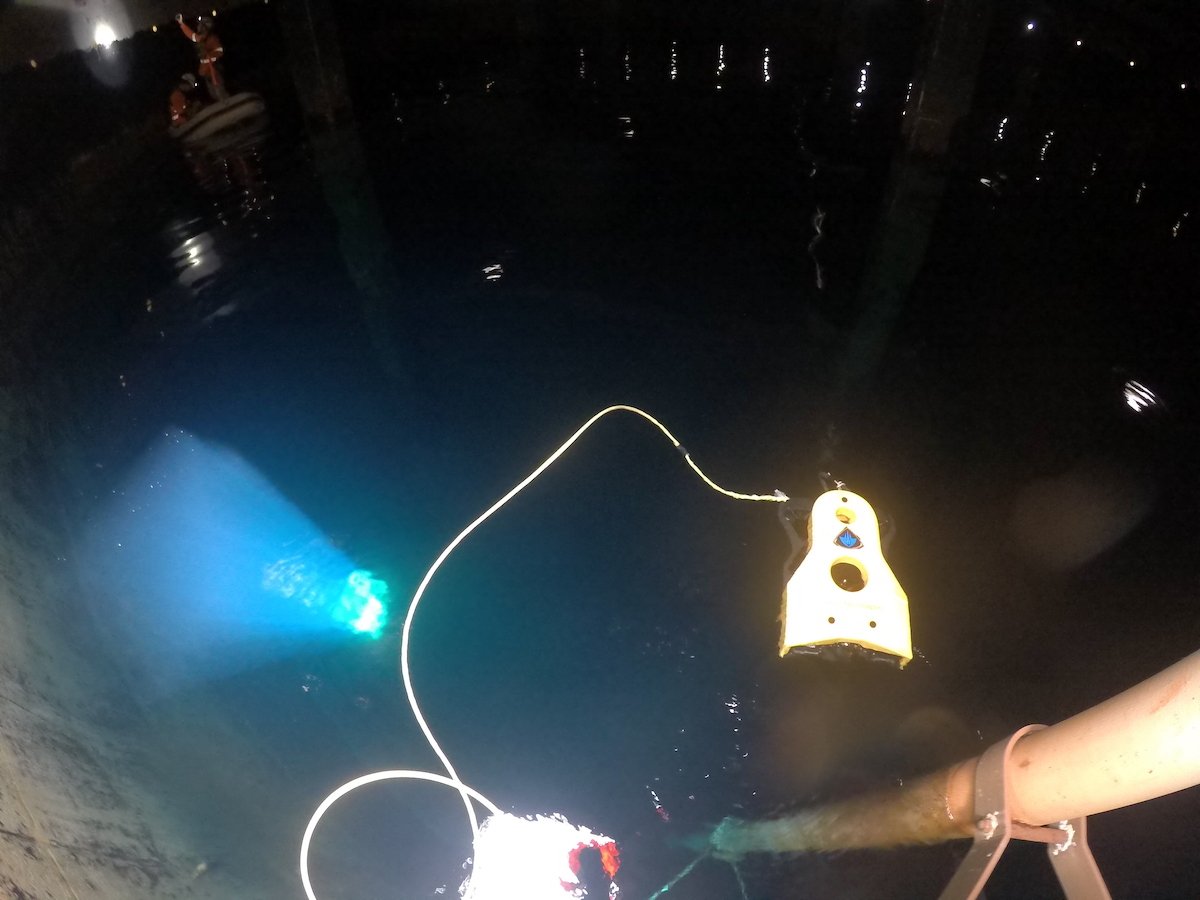 Our first ROV has been in operation with us since 2011. We upgraded to the new Pro 5 in 2019, which was the first of the new model imported to Australia. Our teams can use the ROV to assist with our work and video inspections, or we can use the ROV as an independent inspection camera. 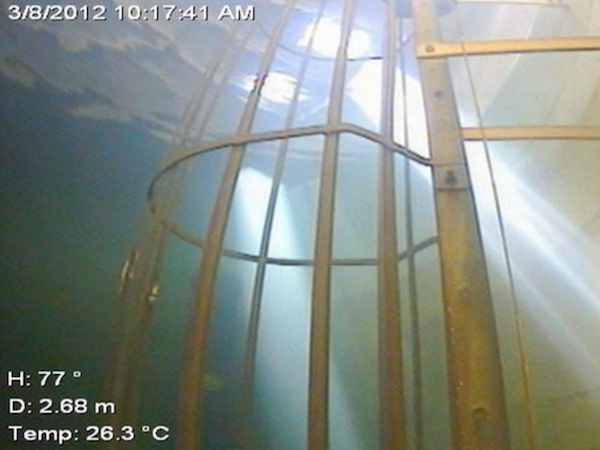 This image is what you see when playing back the footage recorded from the ROV. The screen display can be changed if required, but we normally record date, time, heading, water depth and water temperature temperature. It is also possible to flip the view from the front to the rear camera. 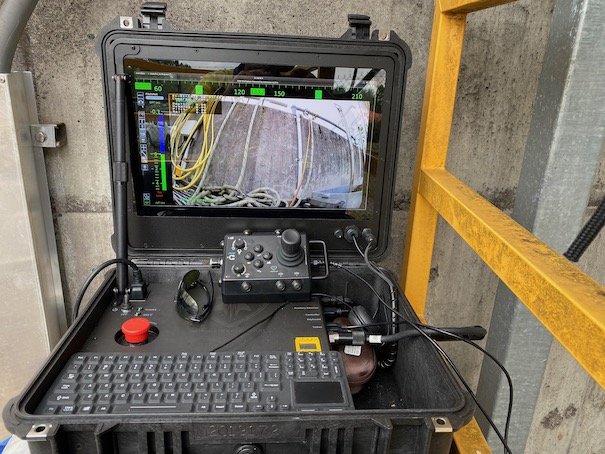 When flying the ROV the pilot sees a range of read outs for control of the unit. The ROV has a joystick controller, and buttons to adjust lights, take screenshots, start and stop the video, tilt the camera up and down, open and close the manipulator arm and set auto depth control. 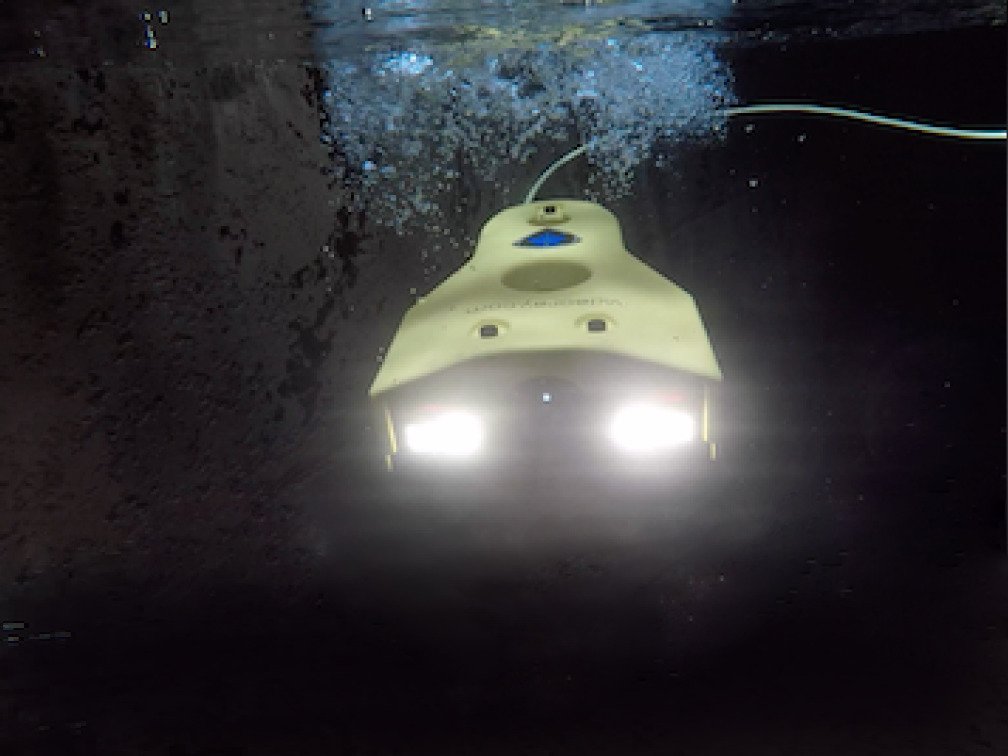 The Pro 5 Mission Specialist ROV itself weighs only 10 kg, is rated to 305 metres water depth and can have a small manipulator arm installed or removed under the front dome. The front camera is a high definition colour camera with 180° tilt. Stills are taken with 13 Megappixel capture. With two rear thrusters it can swim at 4.4 knots, and has a top thruster to adjust depth. The dimesions are 49.6 x 34.7 x 22.3 cm. Lights are 38 watts max, adjustable 7,600 lumens per light module. 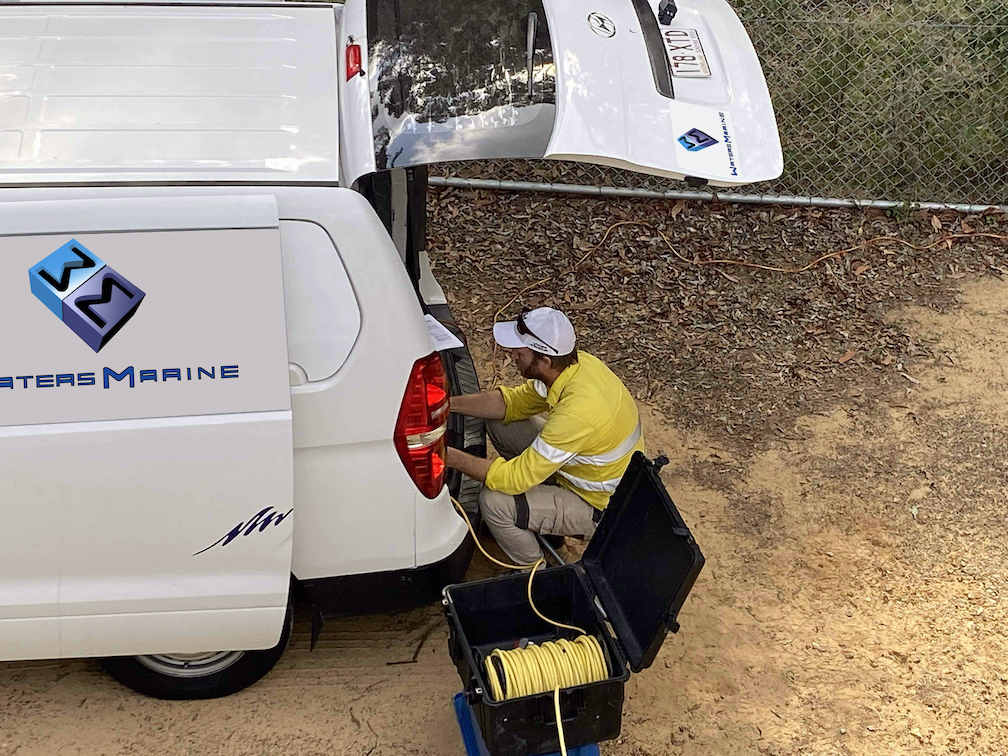 The Video Ray Pro 5 is able to be packed up into two or three pelican cases, and taken to many locations. The standard kit weighs about 60KG total, including the Pelican cases, ROV control box, On Board Computer, Controls, Small tool kit, and tethers The tether is the hard wire control cable which feeds power and signals to the ROV. We also have a Pelican case containing two tethers on a reel for quicker set up and easier control. 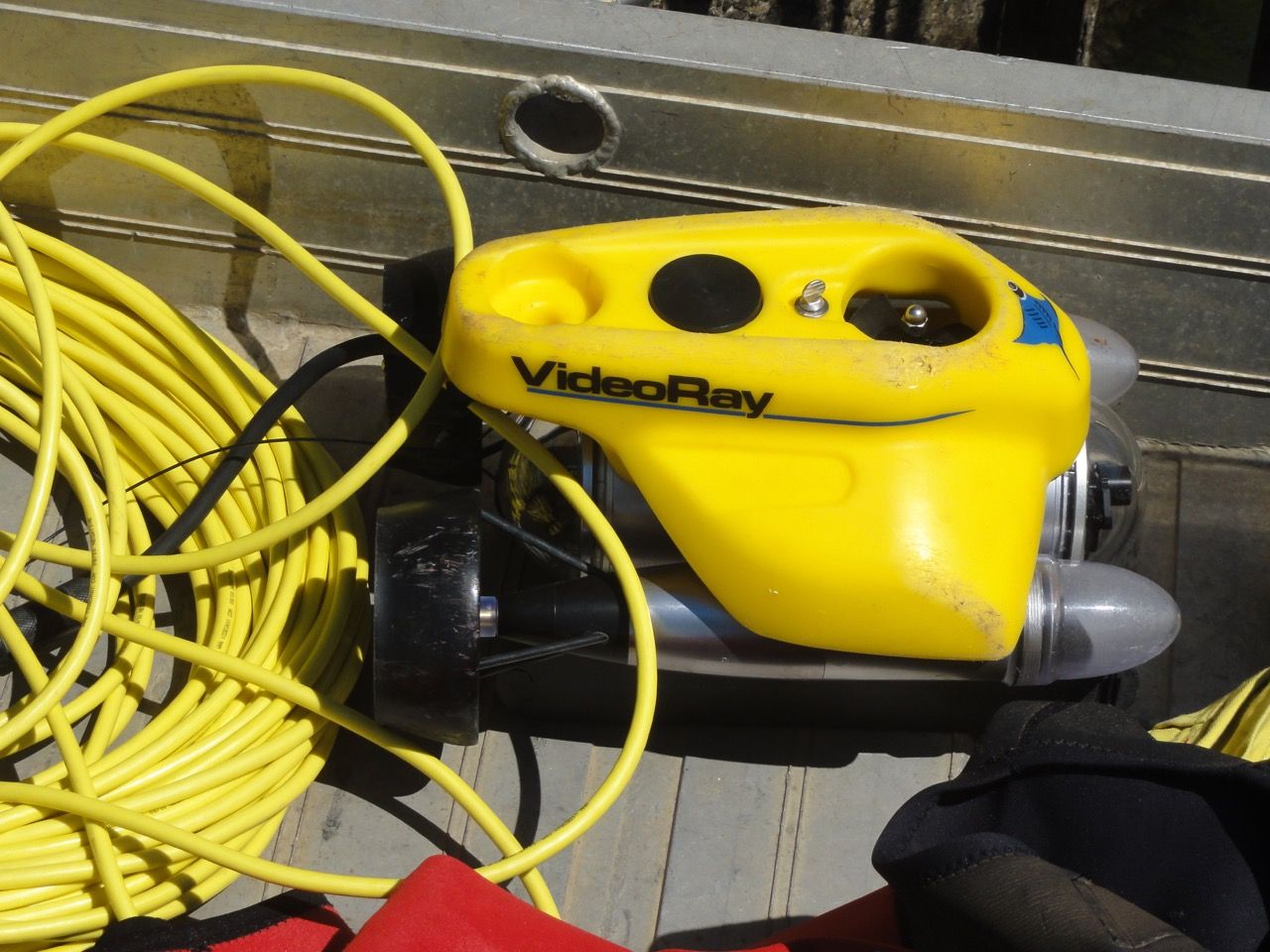 We own the ROV’s, and the boats, all in house. The ROV needs a small generator for power, so the ROV can run easily off our smaller work punts or bigger boats for inspections anywhere. Our ROV also compliments our confined space access teams, being able to carry out an under water inspection, while the above water inspection is being carried out simultaneously.

If you are looking for a dive team, who values safety, committed to good quality work, and up for a challenge, then contact us.